I had a customer recently that brought me a pair of new door locks for a 1941 Ford which he is currently working on a restoration for. The locks had the original Briggs & Stratton keys and looked similar to the older AMC door locks, beside the fact that they did not have the exposed plug release. 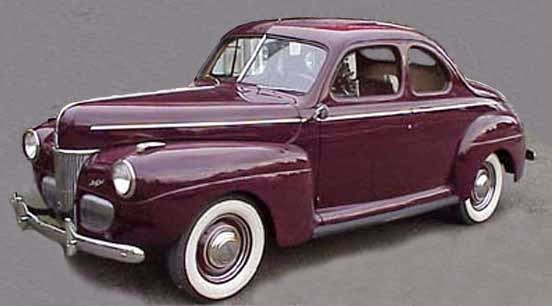 When I tried contacting the company where the customer got his locks from , I found out that these locks were manufactured as a limited production  and were not listed in any of the company's catalogs. In order to remove the plug of these locks for re-keying, I used the key to turn the plug left all the way to the stop position. Then, I inserted a curved shim between the plug and the cylinder at a point marked by a sticking surface point on the edge of the plug. At that point, I could feel the spring-loaded retaining pin. I then pushed in on this pin which in return allowed the plug to rotate past the stop, getting to a removal position. Finally, I was able to just pulled the plug out of the cylinder and re-key it just as I would do to any other wafer lock.

Visit the following links for information about locksmith services in Reno, Nevada | Reno locksmith solutions.
Posted by Unknown at 3:54 PM