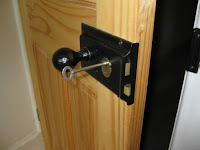 There are many types of locks in the market and some of them are more common than others. Rim locks are type of lock systems that attaches to the surface of a door. It is a contrast to a Mortise lock where the assembly is similar but installed differently attaching to the door rather than within it. It is initially a box that would be located under the door knob. Normally it would be installed on the interior side of the room and would include a keyhole for operation.

The rim lock locking system can be used to lock the door in two different ways. Using the key is the main method to operate the lock. Just like most types of locks, inserting the key to the keyhole and turning it, the lock will move to the locking position so the door cannot be opened. The second method in which the rim lock can be moved to the locking status is by turning the knob that is part of the rim lock assembly. 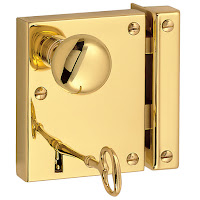 Theoretically, the knob will function similar to the key. Once the knob is turned, the locking mechanism inside the rim lock will be enabled to lock the door until moved again to unlock it. There are several types of rim locks where some can be reopened using the key while others can only be unlocked from the other side of the door.

As mentioned, there are many types of rim locks in the market that come in different designs and styles to accommodate the customer's unique needs. Some of the styles and variations a rim lock can come as include modern and antique styles as well. Some types will include a secondary security measure such as a chain while others will only come in a form of a deadbolt.